The Oliver Law Group extends a hand to discuss any concerns or questions regarding the Dobbs v. Jackson Women's Health Organization. Learn More

LET OUR TEAM FIGHT FOR YOU SCHEDULE A FREE CONSULTATION

Many people who suffer from sleep apnea used a device from Philips Respironics, and instead of it making them well, it likely made them worse and even caused cancer in many users. There’s nothing more frustrating than putting your trust in a medical device and a company that claims it can help you, only to be made worse by their treatment.

If you’ve experienced negative side effects as a result of the Phillips sleep apnea machine, we want to help you. Please don’t hesitate to reach out to us. Contact Oliver Law Group PC today for a free case evaluation.

The Problem with Phillips Cpap and Sleep Apnea Machines

Philips recalled millions of CPAP and other sleep apnea machines because many users were breathing toxic foam caused by a serious issue with their machines. Breathing in this toxic foam can cause cancer and other major health problems. The foam was going directly into the tube that users were using to breathe correctly while they slept. Aside from causing cancer, which is obviously severe and completely unacceptable, many users also reported headaches, upper airway irritations, coughing, chest pressure, sinus infections, asthma, damage to their liver and kidneys, nausea, vomiting, and increased breathing problems. 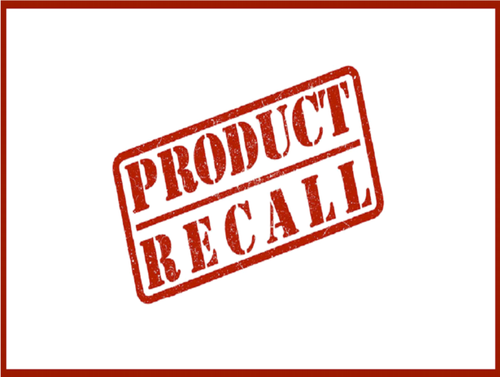 GET YOUR FREE CASE REVIEW

Philips Lawsuits Are Based on 2 Violations

One of the reasons people were filing lawsuits against Philips is for the simple fact that the devices they sold to patients were defective and dangerous. The foam they used in the device is so dangerous that when it degrades it causes cancer. This alone might be enough of a problem for a lawsuit.

Not only did Philips use material in their medical devices that was incredibly dangerous, but they didn’t warn the public as soon as they became aware of the risks. There are allegations that users had been complaining of health issues as a result of the foam for years. At the very least, Philips became aware of the issue in April 2021, and didn’t issue a recall until the middle of June, 2021. This means that people continued to buy and use the machines for at least two months, despite the fact that Philips was well aware of the risks.

What Is a Cpap Machine?

A continuous positive airway pressure (CPAP) machine is the most commonly prescribed method for treating sleep apnea. This medical device sends a steady flow of oxygen into your mouth and nose while you sleep, which keeps your airways open and allows you to breathe more normally.

CPAP machines have motors that generate a constant stream of pressurized air which travels through an air filter and into a flexible tube. The tube delivers purified air into a mask that you seal around your nose or mouth while you sleep.

Which Machines Were Recalled

Philips ended up recalling millions of breathing machines because of the issue with the foam. In addition to recalling sleep apnea machines, other life-saving mechanical ventilators were recalled as well. The machines that were recalled include the following:

What Is The Toxic Foam?

The toxic foam that was causing people severe health issues is polyester-based polyurethane. While people were using the machine, the foam began to degrade into very small particles that the users were breathing in or ingesting. The foam also produced toxic gases, which caused cancer, lung irritation, and organ damage.

How Long Have the Machines Been on The Market? When?

These damaging machines have been sold to patients since 2009, meaning some users have been exposed to the foam and gases for more than ten years.

Can I File a Lawsuit Against Phillips?

If you used any of Philips’ sleep apnea machines that they recently recalled, you may be eligible to file a lawsuit. It’s important to keep track of when you used the machine and how long you used the device for. Also take note of which device you used. Additionally, have you been diagnosed with cancer or any other type of health condition that you and your doctor believe is related to the device? If yes, you may have a valid legal claim against Phillips. Your best move is to contact Oliver Law Group right away for a free consultation. We can help determine if you have a viable claim or not. We can also help you obtain your medical records and figure out what you should do next