Let Our Team Fight for You
Schedule a Free Consultation

On April 11, 2021, Michigan’s “Clean Slate” laws took effect. Under the new expungement rules, several hundred thousand to a million state residents may be eligible for getting their criminal convictions automatically expunged or set aside. However, expunging your record will still be a complicated and time-consuming legal process, which is why it is wise to hire an experienced criminal defense attorney to help you put the past behind you for good.

And on August 24, 2021 House Bills 4219 and 4220 were passed, which will allow for expungement of convictions for a first violation of operating while intoxicated (OWI) under certain circumstances. The bills are expected to allow an estimated 200,000 non-repeat OWI offenders to have the opportunity for a second chance at a clean record. 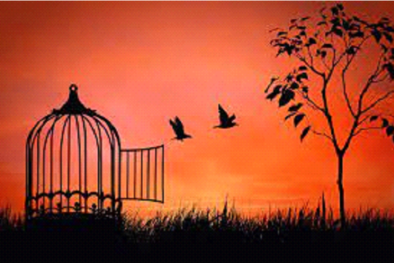 If you are now eligible for expungement in Troy after these new laws took effect, look no further than Oliver Law Group, P.C. to guide you through the process, handle all your paperwork, and obtain the most favorable outcome. Without a conviction on your record, you can take advantage of employment opportunities, housing availability, and whatever life has to offer.

About the Michigan Clean Slate Law

The Clean Slate package and creates an automatic process for setting aside eligible misdemeanors after seven (7) years have passed from the sentence has been served and non-assaultive felonies after ten (10) years. Although the new laws took effect on April 11, 2021, the automatic set asides will not occur until April 2023. Automatic expungement applies to a narrower class of crimes, both in terms of the number that may be expunged and the types of offenses. As for the number, automatic expungements are limited to two (2) felonies and four (4) misdemeanors compared to an expungement via application which are limited to three (3) felonies and no specific misdemeanor limit.

In addition, the laws also allow marijuana-related convictions to be set aside if they would not be considered illegal if the offense occurred after December 6, 2018. Recreational cannabis became legal for adults in Michigan on that date.

However, the new laws also expand the number and types of misdemeanors and felonies eligible to be set aside by application. So, rather than wait for automatic expungement, individuals who have been convicted of a serious misdemeanor or felony can submit an application after five (5) years, while those with more than one felony conviction may do so after seven (7) years. Individuals who are looking to set aside non-serious or non-assaultive misdemeanors may do so after three (3) years.

Expungement has the effect of setting aside a criminal conviction, which permits the person to honestly tell potential employers and others that individual has not been convicted of a crime. There are two (2) important caveats. First, it is not automatic; expungement is a privilege and conditional and is not a right. Second, even an expunged criminal record can be used against a person for various purposes.

Lastly, the so called “One Bad Day Bundle” says that multiple misdemeanors or felonies arising from the same transaction will be treated as a single misdemeanor or felony conviction – so long as the offenses occurred within a 24-hour period and do not involve violence, a deadly weapon, or a crime that carries at least a 10-year prison sentence.

Check out our blog to learn about the most frequently asked questions about the new law.

Ready to Get Your Life Back on Track

Do not let a mistake haunt you for the rest of your life and let our Troy expungement lawyers help you overcome your past. With more than 22 years of combined legal experience, we understand what it takes to get the best possible results for our clients.

Call to learn how our firm can help you.

Listen to Our Interview on Expungement Law on The WJR

Two Locations To Serve You